Eva Fay completed a review for

Eva Fay just claimed a review for a script.

Eva Fay completed a review for 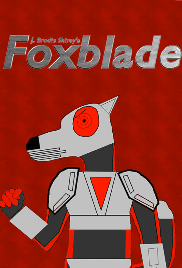 I think the concept is a good and this would work well for an animation. It's fun, there's a lot of action and I like the use of anamorphic animals . I would say my favorite character was Murphy. I would take out the opening fight sequence between Roxy and Dave. I would prefer to see the story unravel leaving room for the surprise fight at the end. (Roxy says, "I should probably start this story at the beginning." I think you should too) The biggest gripe to me is the use of the voice over. Apart from the very beginning and the very end, I don't think you really need it. For example, page 4 Roxy says, "That's me, Roxy Redtail....." I think that part is fine. I would take out the part about the super-beat down and tell more about her life. You could combine the part her and her roommate into one piece "My name is Roxy Redtail, 26 years old, more detail about her, and this is my roommate Jack Cottontail. He's into video games, detail, detail" That's where I think the voice over works. Where it doesn't work is on page 8. Roxy has a VO where she says asked what the corporation does, but nobody gave her a straight answer. Then, immediately following that we have dialogue between Roxy and a co-worker where Roxy is asking what the corporation does, but they're giving he vague answers. THEN, immediately after that Roxy has another VO saying not a single employee gave her an answer. Why explain something that the audience just saw happen? Between the dialogue of Roxy and the co-worker, we can tell that the job seems a bitch weird and sketchy. The VO of Roxy just doesn't seem needed. Another example is on page 12. Roxy has a unpleasant conversation between Nivea. Roxy gives another VO where she says every office has a bitchy co-worker that she should avoid. Again, we don't need the VO of Roxy saying Nivea is bitchy. We can tell because of the dialogue we just saw between the two of them. The same thing happens on page 26. Murphy tells Roxy about her where she came from and the origin planet. Then, Roxy has *another* voice over where she says, "So, just to keep a tally......" But why does she need to keep a tally? Why does she have to summarize something the audience was told about moments ago? Remember, show, don't tell. I'm not going to go through every single voice over, but it seems there's a habit of using the voice overs to explain something the audience just saw happen. I would go back and look over all the voice overs and see if what she's saying is really needed and take some out. Also, more of a minor thing, You put a lot of brackets in their dialogue. Like on page 11. Nivea goes, " [Coldly] Small talk. You're doing it again." The coldly in the brackets doesn't need to be there. We understand that Nivea is a bitch, we assume just by the dialogue she's giving that she's saying it in a cold tone. Whew, that was long. I hope this helps. You got a lot of imagination and fun ideas. Keep at it. Just be a little more mindful of the voice overs and remember to show! Don't tell.

Eva Fay just claimed a review for a script.

Solid concept, maybe spice up the dialogue a little more.

Fun concept, voice over and dialogue needs some touching up.