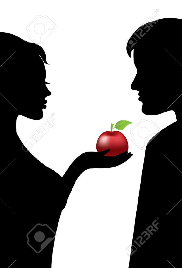 Real magic breaks the laws of the world. Jesse is soon to find out the mage's price.

A decent manager becomes embattled in a world full of magic and mystical creatures on one normal day.

Jesse Murphy has recently broken up with his girlfriend due to her cheating ways. He is an honest man and hard-working. When he ends a a booty call from her to return to his work that day, an ancestral spirit appears to him. Jesse receives the staff of the first mage.

As the spectral provides the powerful tool, when a massive, transparent, indestructible dome suddenly falls over the city - powered by a dozen random citizens levitating in the sky.

Alternating perspective, Nayomi is in the midst of a tryst with a married man. She ends the affair and goes to a job interview. Nayomi is a passionate woman. When the dome appears she goes outside to observe the event.

When the dome appears, so do legendary mythical creatures. Under the dome, a manticore (an unconquerable beast with the magnificent head of a man, the body of a lion, and the venomous tail of a scorpion, all with a symbiotic coat of biting blood flies) and outside the dome the Lilin (nocturnal succubus demons with feminine owl heads and female human bodies with wings.).

Jesse encounters the manticore during a police stop. The beast is cryptic and journeys with Jesse to the center of the dome. Outside, Nayomi finds out she can command the Lilin.

Jesse meets Nayomi at the barrier wall. She knows a bit more than he does at what is happening. He continues on his path while Nayomi discovers larger forces are wanting what caused the dome to appear.

Jesse discovers the dome is a magical alarm. Jesse discusses with the manticore to find out all it knows. After a couple of incidents, Jesse encounters a being comprising sentient snake-like creatures working in unison to mimic a single humanoid individual. Colony Sarff from the BBC Doctor Who television series represents the closest slithering presence.

Jesse calls upon an Orisha (deity of the African Pantheon) by instinct. They converse to convince Jesse is a human with magical powers. The Orisha informs him that there is a race to the dome nexus by many creatures and gods.

OUtside the dome, Nayomi encounters the fallen angel Azazel. The dark angel tells her that the item everyone seeks is the seed cone from the Tree of Life. It has been encircling the earth all these centuries. He orders her to use the Lilin to dig a tunnel under the barrier. She refuses. Azazel then informs a Chimera to use the dark army he has gathered to dig.

Nayomi informs Jesse of what is happening.

All the while, Dahomey Amazon's descendants emerge to join forces against the rising darkness.

Azazel's forces succeed in tunneling and amass to seize the Seed. Several Orisha appear to stop Azazel. He forcefully repels the Orisha Jesse summoned and reveals his own demonic lieutenants. The Orisha and Demons battle.

Meanwhile, Jesse creates an opening in the shield for Nayomi and her Lilin. The demonic army engage them, enjoined by the Amazons and the mystical beasts.

The battle wages until Lucifer, Azazel's brother and King of Hell, appears, popping the dome. He stops Azazel, because he never spoke to Lucifer before stealing his demonic army. Orisha withdraw from the battle and observes, Lucifer speaks with Azazel and Jesse.

Lucifer allows Jesse to chain Azazel to allow Lucifer to install Azazel as a general in his fallen army. Jesse retrieves the seed cone.

As Lucifer departs with Azazel and his remaining forces, the Orisha vanish except for the prime Orisha. The seed cone grants immortality and everyone is inquisitive to what he will do with it. He surprises them by breaking it into shards and handing them to Nayomi to do with them as she thinks. She launches the bits into the heavens powered by Jesse's magic.

As the world returns to a new pace, Jesse and Nayomi become a couple.

The action sequences were vivid and sprung to life off the page, however some of them were quite long and could have been explained better through dialogue. Maybe try to keep the action sequences down to 2 or 3 sentences for pacing. That being said I could follow what was happening and piece together the lore that was playing out. 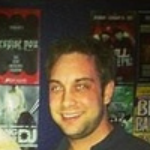 An everyday man discovers the powers of his ancestors and must fulfill his destiny while the world is invaded by mythical creatures.
The concept is very original pulling inspiration from the Bible, various mythologies, and African culture. It is a high concept story based on the hero’s journey. I think these elements combined with the urban setting weave a unique tale.

The theme appears to focus on destiny and how the actions of previous generations affect us today. Jesse is sent on this journey because of a bargain made by Enosh, his ancestor. 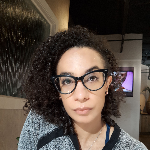 Land of Fear
feature
By Darren White
An AI expert must use her lifetime's work to find a cure for a rabies outbreak, that threatens to push humanity to the edge of extinction. But can she save humanity from it's greatest threat - itself?

Wish
feature
By Brent Woodroof
In order to undo a mistake, a man seeks to undo himself.