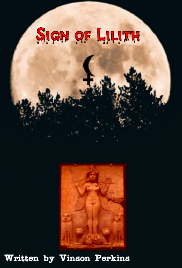 Sign of Lilith feature
Genre: Mystery/Suspense
Logline: A Brother travels to a small coastal town in Maine, to search for his missing Brother. Retracing his brother's steps, he encounters unknown forces, as he uncovers the town's deadly secrets.
0 Likes

Vinson Perkins completed a review for

The Perfect One For Emma short
Genre: Drama
Review Rating:

I found the concept of the story intriguing. In the first few pages, I was confused with a few items, like how were they sitting, and the flow of the dialogue, between Gamboni and Widow Winslow, was a little awkward. In one spot, it was written in an action line, that the widow was telling him intimate details., while he smiled. There probably should be some dialogue from the Widow. For the scenes, I feel like there should be a clearer description. There were two spots, where the slugs lines should have been used differently. I put that in my notes, with the page numbers. There were a couple spots, where the scene just jumped into another one, with no warning. Example, when the seance with Widow was ending, suddenly Gamboni was in the car with Alfred. There is another part in the hotel, where the twins are finishing their desserts, but then taking the key and leaving for the room. At he bar, I felt like Alfred should have gone into more detail about why he seemed so worried about the Widow Winnaford, before grabbing Gamboni's lapel. After Gamboni leaves the bar, it might flow a little better, to have Alfred go right into the conversation with the bartender about Gamboni, than wait until later. The scene where Widow Winnaford throws her voice to trick Gamboni into drinking his coffee down, is hard to follow. I believe with Gamboni being a professional Vaudeville performer, he would realize what she was doing. You did a good job of portraying Gamboni as the self centered, egoistical person that he was. He got what he deserved. The Widow Winnaford is a different story. We didn't get to see a lot of her backstory. I was also confused on how she went from being completely Lucid, while dealing with Gamboni, to going into some sort of dementia episode, then coming out of the dementia, when she realizes what Anna has done with the tea. While the conflict of a conman posing as a Psychic Medium to defraud Widows out of their money is realistic. Winnaford and her house staff, killing a dozen men, and burying them in the garden, is a little off. There must have been some sort of investigation, that showed that the missing men had appointments with the Widow Winnaford. The dialogue seems very awkward in several places, and in some spots, the dialogue could be cut out, without effecting the story. The dialogue between Gamboni pretending to be the dead husband with the Widow, was hard to follow. The dialogue between Alfred and Gamboni in the car, could be cleaned up. I was a little confused about their relationship. It seemed like Gamboni took Alfred under his wing, but in another part, it seemed like Alfred is the one who taught Gamboni his act. I feel like some of the dialogue between Alfred and the bartender could be cut as well. Later with Anna at the picture of Emma, Gamboni mentions that the obituary photo doesn't do her justice. I was confused why he would mention an obituary photo. During the conversation with Widow Winnaford, when she is asking him personal questions. I felt like the part where she asks what he did before seances, and he responds that he was a stage actor should be cut. Admitting that he was a stage actor, could raise red flags, about Gambino being legitimate. In the end, they all get what they deserve. The biggest thing I see, is with the flow of the dialogue. I hope that you find the review helpful, and that you continue on with it.

Vinson Perkins just claimed a review for a script.

The Perfect One For Emma short
Genre: Drama
Logline: After a conman is murdered when he arrives to conduct a fake séance, the maid schemes to stop the grieving mother from murdering more men so that her daughter’s spirit will have eternal companions.
0 Likes 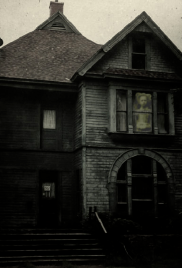 Post Mortem Reflections feature
Genre: Horror,Mystery/Suspense
Logline: In the late 1800's A mourning photographer encounters his former partner in crime, who forces him to resume their macabre past.
0 Likes

In the late 1800's A mourning photographer encounters his former partner in crime, who forces him to resume their macabre past.

A Brother travels to a small coastal town in Maine, to search for his missing Brother. Retracing his brother's steps, he encounters unknown forces, as he uncovers the town's deadly secrets.

During the height of popularity for seances to reach deceased loved ones, A conman under the guise of being a Psychic Medium, plays on the emotions of wealthy widows, to separate them from their money., until he meets up with the wrong grieving Widow.