the points I make later on builds on this idea). This certainly is challenging and I don't envy the task you have! So the story/structure follows a time old tradition of seeing the characters in the status quo, then a problem is introduced (act one). The character tries to solve the problem (act two). The character overcomes the problem and adjusts to the new normal (act three). In that sense, this story ticks all the boxes. It's just for me it needs something more because it is so short. It needs a twist, something readers won't see coming. Now this is of course easier said than done. But, off the top of my head, maybe you could bring the ending to the start, so we see Ben in his suit and he says that "someone's" been charged. Then we see a flashback to him, practising his bowling, dreading to go home (for some reason, we don't know why). We can then see a flashback of his childhood, which was traumatic and stressful. Then he comes back sporting a bloody eye and he alludes to a case of domestic violence. We then return to present and reveal that "The Comet" is actually his dad (so the photograph is of a man, not a woman) and his mother was arrested for domestic violence. The twist here being that as the audience we were expecting it to be a male figure. That's just off the top of my head and I'm sure you'll be able to come up with something better! Character Development/Dialogue So every word, every action has to count - because you're playing with so little. So everything has to be dialled up a notch. If Sean is the "boisterous, loud" character, what's the most entertaining way he could introduce himself? It might not be "Is he already here". Maybe it's a joke? Maybe it's something that creates intrigue and alludes to Ben - like "$5 says I know exactly where Ben is in the world right now". Beth "You've got to be stupid to take that bet" Ben "Why do you think I'm asking you?" That way we're showing Ben's cheeky, but we're also wondering how/why do they know this Ben character is definitely going to be here, a bowling alley of all places! So this is something that could be worked on. Overall with the dialogue you keep to the golden rule of short snappy sentences, and no character saying more than 3 sentences at a time (I've taken this from Sitcoms, and if anything it would be even stricter here!). But again, the main way I'd improve the dialogue (and the characters) is really trying to make sure each thing they say, they're saying it in the most "Beth/Sean/Ben" way possible! Another example would be in the scene where Beth and Sean are waiting. I think you did a good job of following her character (i.e. she was angry with him but sympathetic at the same time). What's the most "Beth" behaviour here? I imagine her nervously fidgeting with something, Sean getting annoyed at this. Then Sean would tell her to stop worrying and to calm down, nothing's probably happened to him anyway (he says this because he encouraged Ben to fight and he's actually worried for him). In terms of grammar/formatting, there's also some missing punctuation and misspellings/incorrect capitalisations dotted throughout that'll need correcting (an example in this scene - it'll be two instead of two, there's a capital I on if that isn't needed, "He immediately collapses" and "Beth then rushes over" should be on one line.

The Comet short
Genre: Drama
Logline: Ben comes to the Fast Lane bowling alley everyday after school, partly because he idolizes amateur bowler, Jenny "The Comet" Cornell, and partly to escape some dark past.
0 Likes 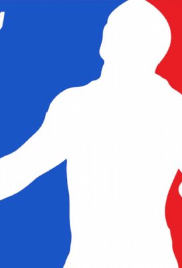 Legacy Of Gold television
Genre: Drama
Logline: In a world where professional wrestling is a real sport an aging champion does whatever it takes inside and outside the ring to stay on top and keep his title.
0 Likes

I've split the review up into categories. Areas of improvement: - Spelling/punctual errors (e.g. missing punctuation (fullstops,commas), incorrect capitalisation, action appearing as dialogue) are rife throughout. I strongly recommend taking the time to sit down and correct all of them - because of them it's really hard to read the script and understand what's happening. Scene 33 is an example, I struggled to understand what was happening in the scene because character names/dialogues/actions were all written as dialogue. Are scenes well-written? - There were some references to other X-men that are lost on me (e.g. Scott), but might not be on a genuine fan - something to think about. - You are trying to develop characters and give them opportunities to talk about their past. As a result, we are able to relate to them. But I do think this can be done more subtly. Scene 31 is a perfect example, although it's great to hear more about John James' background would he share it so openly and easily? It seems like a random moment to start pouring your heart out about your life story, after being told to suck a dick. A lot of the conversation seems to follow this trash talk style which does get tiresome quickly. I didn't actually relate/like most of the characters. - Homophobic language in scene 40 is not acceptable. Is the protagonist/antagonist compelling enough? - The protagonist seems to be Beast/Emma. Personally, I feel that Beast has the most distinct voice out of the characters and takes actions that are unique to him. - A lot of the characters have inconsistencies in how they behave. For example, Sarah is meant to be shy/nervous but in scene 31 she argues with John James. Surge is confrontational throughout the script, John James makes negative/elitist comments - which isn't the best reading. Although we learn about the character's personality, it isn't entertaining. - Out of all the characters Broo is probably my favourite. His alien naivety is charming, that brings humour to scenes. - I think too many characters are introduced, which adds to the confusion. Namely the Senator and Harmony (who is for some reason called Heather Harmon instead in the action?) in scene 39. Introducing them here is too late in the story, especially as it seems Senator is an important villain. POINT - can you merge the senator and Matthew into one. I.e. can the senator just be the Matthew, that way you have one villain to focus on and develop (it would also make a nice twist to the story). Does the dialogue drive the story/character? - Throughout the script there are incomplete sentences that seem to be missing words (i.e. page two "We need to burn" - burn what?). Severely Impacts the flow of the story and leads to confusion for the audience. - sentences could be worded more clearly e.g. "You sure though about putting together this class." - assuming Beast is asking whether Emma is sure about offering a class to students? Although this isn't clear. - I don't get why Noriko exploding was a reason for offering the class. Was it because she went off the rails and harmed others? Offering the class seems to be a contentious decision, so more emphasis should be placed on why they formed the class, maybe explain the new recruits backstories through this. - I can see you're trying to give each character a distinct voice (notably Beast) but I feel that the dialogue for other characters is unrealistic/inconsistent (i.e. Surge in scene 11). Building on this, I can see what you might be trying to do with Surge, by giving an accent (I'm presuming Scottish?) but you could add this into the character description to make it clearer. On top of that, some further research into Scottish vernacular would improve the dialogue. - The conversations follow a "he said she said" pattern, where something happens a character reacts to it then another character reacts directly to it. Pacing I feel like scenes end too early, jumping from one to the other without anything meaningful happening. I hope this feedback was useful. It takes a lot of imagination to add a new spin to an old story and you've made a great start.

X Men: Purification television
Genre: Action/Adventure
Logline: A few veteran X Men must manage the most dangerous and bizarre mutants, through a religious war the likes of which they have never seen.
0 Likes

The Hostel
Draft #4
Genre: Comedy
Sign In to see % Rating

A mockumentary following the party reps in a hostel as they plan nights out, host events and try to form a somewhat functioning team in the process.

A teenager stands up to a bully in his life.

An enjoyable read that flips a concept on its head. The writing is kept consistently fast paced, with strong character development and a rapidly developing storyline.

X-Men leadership add new recruits to their team to face a new challenge. 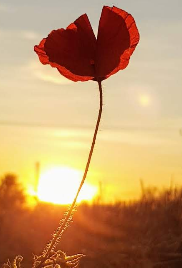 A story that develops quickly, spans different time periods and leaves the reader curious to find out what happens next.