I'll just go over my thoughts in chronological order as I read your script. (I enjoyed it by the way) 1ST PAGE - Good character intro and description, immediately paints a clear first impression of who Darius is - Intriguing situation to start off in, following a trail, searching for a phone… (his own maybe ?) - (OS), Offscreen or over the shoulder? It’s just a detail but the formatting is wrong, not very clear - The segment where Darius encounters someone is confusing. I don’t mind when screenwriters use lengthy and novelesque sentences (although many do) but you did overcomplicate this part. Also, give the other person a name (even if it is a temporary and simple one like MAN) and don’t use « he », since it makes it hard to tell who is whom 2ND PAGE - Interesting intro for Eve and nice confrontation that follows, intriguing… good, keep retaining information from the reader (the more the better) - This scenario seems to be evolving in a pretty cool direction, with what is happening with the man on the ground (is it his phone ? who is he ?) 3RD PAGE - Darius has seen too much, nice, very nice, I like how quickly your scene is evolving (although I would personally draw out some moments for maximum tension, just a possible choice not actual criticism) 4RD PAGE - I liked the choice Darius was left with, felt actual tension there (you even took your time to draw it out a bit ☺) 5TH PAGE - Very smart in how you finished your script. I hate it when shorts get all overindulgent with their character development and emotional stuff because usually, with such limited time, it just doesn’t work (usually). So you played it very smart here because in this case; less is more. It just leaves you thinking… Overall liked your script, enjoyed it very much. Of course, it’s some pretty simple stuff but I can tell you’ve got it in you. Oh, and just a little detail, sometimes the dialogue sounded a bit too cartoony (although maybe that was the intention, I don’t know). Anyway, good job.

Notify When Found short
Genre: Drama,Crime
Logline: A misguided millennial seeking revenge for a stolen phone finds the thief being buried in the woods.
0 Likes 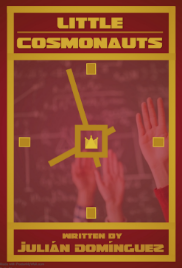 Little Cosmonauts feature
Genre: Crime,Drama
Logline: An unhappy high schooler's rags to riches journey quickly spirals out of control when he becomes too alienated to form any bonds or appreciate the small things in life.
0 Likes

I really liked Mad Talent. It's written very well and I only have a few minor complaints. Here are my overall thoughts: - First of all, you did a great job of introducing your main character. I feel that's something often overlooked but here you perfectly set him up. In under a page, we already know a whole lot about him. Plus all the information is delivered naturally and in a fun way. - The audition was very well set up. I knew the stakes and you had me wanting to know what would happen. - The Metal's appearances could be confusing to some, especially the first time he shows up. If a character has a voice in his or her head, like here for instance, write (V.O.) next to the character's name right before the dialogue. It's just a little detail but that's the way it's supposed to be formatted. - This is another little detail but I thought Vivian's comment after Jeff's audition felt a bit too mean. You might have pushed it a bit there. However, if you want to lean in on her rudeness, do so by all means. Maybe check out Terrence Flecther's dialogue from Whiplash (and J.K. Simmons' amazing performance as well of course) as that may be what you're going for. - There are a few times where you described inner feelings. - Some action lines could be slightly more condensed as some tended to be repetitive. Overall, this is a very simple story but I think you've handled it greatly. I hope this has helped. Good luck! 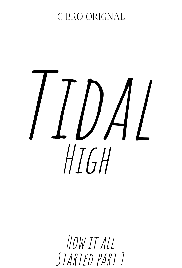 As a fan of good high school media such as "The Breakfast Club" or "Rebel Without a Cause", I enjoyed Tidal High despite its many flaws. Firstly, I found your way of telling this story to be very ambitious. It felt very realistic in the way that everyone is always sharing the same spaces whilst there being barriers between everyone. Scenes where many characters were present, moving and leaving were very dynamic. However, sometimes things changed so quickly within a scene that I lost track of what was going on. This made some parts seem very messy. Secondly, if I were you, I'd spend more time working on character introductions. Basically what I'm saying is this; you introduced all your characters in the first two or three pages and had their descriptions say something about their personalities or backstory. On the one hand, I'd recommend you space out your character introductions. I thought it was too much to swallow when all characters appeared right off the start. Have your characters enter the story when they are needed. For example, it would have been great to introduce Courtney Garcia when the kids first go to drama. This would have made her first impression have more of an impact on the audience instead of her being a passive character for a large portion of the runtime. Also, if you wish to make her presence felt from the beginning, maybe have characters talk about the new drama teacher only to later show her. On the other hand, only describe the characters in their introductions, don't state their motivations or backstories. If you want to show what type of person they are or what their personality is, show it through their actions, not the action lines. Thirdly, I just want to bring up some aspects that I thought were pretty clever. I liked the fun dialogue, even though it does feel expository at times and would be better if the characters had more casual conversations. I really liked how you had some mystery elements going on like what happened during summer or what's going on with Jacob's mother. Very intriguing. Finally, I appreciated some little nuances that you gave to your characters like Santia disrespectfully using her cellphone right after talking about Holly's late father. Actions like that speak for themselves. Overall, I enjoyed Tidal High and, from what I've seen, it is apparent that you will be able to go on and write more promising drafts. Good luck!

The Mob
Draft #1
Genre: Crime,Drama
Sign In to see % Rating

Joey, a problematic senior, engages his out of control classroom in a scam.

Jeff will go to any lengths to display his musical talent.

Johnny is tasked with killing a young Christian girl until they fall for each other.

A group of high schoolers join drama and they might just have the time of their lives.

Rose is a young girl who happens to have dangerous powers boiling beneath her. 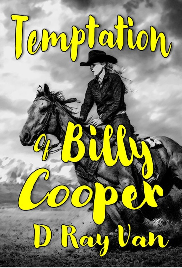 Billy Cooper stumbles upon and helps a pursued woman in the West's great outdoors.

James Bond's greatest foes reunite in order to destroy MI6 from the inside.