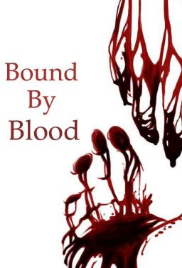 Bound by Blood feature
Genre: Drama
Logline: When her mother's diagnosed with terminal cancer, a strong-willed teenager watches her life fall apart and must battle to put the pieces back together before her mom's time runs out.
0 Likes

Esem Samuels completed a review for

Reminiscent of The Dark Tower, and certainly Kingesque in its bones, The Excalibur does an extraordinary job of blending the medieval romanticism of King Arthur and the modern grittiness of a cops and robbers thriller. The story is quite local and simple for such an ethereal premise, which allows for an easy read and quick grasp of the world. The bulk of the plot moves along nicely, keeping the reader entertained and engaged through and through. There are also some nice "talkie" scenes laced between the action-packed sequences which add a modern twist to the traditionally elegant of sword-fights. Furthermore, the mystery which is thread throughout the pages keeps up the tensions, beckoning the reader to flip each page to find out more. However, the plot takes a while to get going, spending the first twenty pages on Andy’s loss and how she’s dealing with it five years later. In a way, this first part is a story in and of itself, only loosely connected to the rest of the script. There are frequent callbacks, in the way of nightmares and visions, but they add little value. It appeared as if they were going to set up a twist as to the Knight’s identity, but that never came. Instead, they simply punctuate and reiterate an already tired beat. Perhaps this storyline would stand to be more impactful if it was drawn throughout the story, so that in vanquishing the knight it allows Andy to get over her husband’s loss, instead of that just being background to the main story. On the back end, the climax comes way too early. The final showdown between Andy and the Black Knight ends with twenty four pages left in the movie (that’s essentially an entire act). This leads to a very soft ending which only ramps up again with the return of the sword in the second climax which serves as the script’s final scene, a tactic which feigns the illusion of suspense. Traditionally, the denouement is short because the tension has mostly elapsed, meaning the reader/viewer’s attention span is much shorter. Use it to wrap up loose ends, not create a whole new plotline. Yet what this script suffers the most from is poor writing. A thriller needs its action to be uptempo and exciting, matching to its tone. Action which drags, repeats, and is not particularly descriptive does not make for a good thriller script. This is particularly evident in the fight scenes where not only is it hard to follow, but a lack of descriptive words make them drag. The worst offence is the use of Present Continuous tense instead of Present Simple which takes the reader out of the fight. Be terse. Use fun words. Keep it lively. However, the bones of this script are very good. The concept is good, the story breaks well and the characters are interesting (particularly Jake, though Julian’s kind of a drag). Given a good second edit, there is certainly potential for a stellar script, but at the moment it is not quite up to par.

Esem Samuels just claimed a review for a script.

The Excalibur feature
Genre: Thriller
Logline: A sheriff dealing with a horrible tragedy has to find a strength she never knew she had when a man in black comes to town and hunts the true heir of the Excalibur.
0 Likes

Bound by Blood feature
Genre: Drama
Logline: When her mother's diagnosed with terminal cancer, a strong-willed teenager watches her life fall apart and must battle to put the pieces back together before her mom's time runs out.
1 Likes

When her mother's diagnosed with terminal cancer, a strong-willed teenager watches her life fall apart and must battle to put the pieces back together before her mom's time runs out.

Newly appointed the college counselor at an elite prep school, a young, idealistic English teacher must navigate the amoral business to keep his job and make his students’ dreams.

A widowed sheriff hunts a mysterious knight wreaking havoc on her small town to save her family from a powerful secret.

A time-traveling postman fixes mistakes one minute at a time on a quest to find love and fulfillment.