Bijan C. Bayne has researched, written for, produced, directed & been interviewed in various films and television shows. His screenplay made the quarterfinals of BET's Color Creative "Script To Screen" competition in 2018. He appears in the 2020 movie "The First To Do It". In April 2014, he appeared on TV One's "Unsung Hollywood"'s episode "The Harlem Globetrotters". Bayne wrote animated ads for the National Science Teaching Association. Bayne was interviewed and featured in Brian Culkin's documentary "The Mission". Bayne wrote the tv pilots for rapper/producer Jazzy Jeff, and for rapper Akinyele. In addition, he served as a consultant to BassetTV, & MindSwarms, for branding Nike, & producing marketing videos about sportswear, elite athletes, and to specific demographics. He wrote the chapter on New Wave Cinema, in the ABL-CIO book "Race In American Film: Voices and Visions that Shaped a Nation". He also wrote the book's chapter on the movie" Odds Against Tomorrow". He will be producing live readings of the original "The Twilight Zone" on Cape Cod. His articles have appeared in ESPN's "The Undefeated". Bayne is a producer of the documentary "Supreme Courts". In 2015, Bayne co-wrote, directed, and helped cast the pilot for the reality series "Team of Dreams".

The Courts feature
Genre: Family
Logline: Welcome to Martha’s Vineyard in the 1970’s- the guys, the girls, the shark, the fun, and the sun
0 Likes 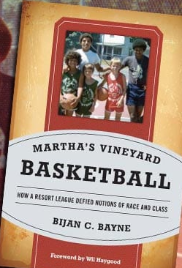 The Courts
Draft #4
Genre: Family
Sign In to see % Rating

Welcome to Martha’s Vineyard in the 1970’s- the guys, the girls, the shark, the fun, and the sun 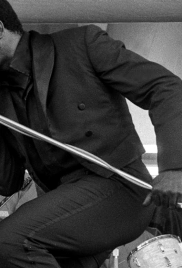