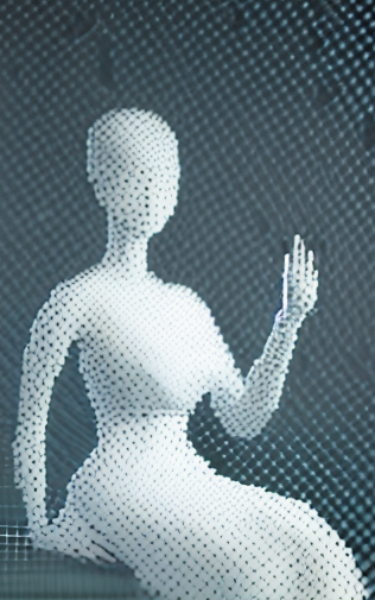 Mary in the White Room

The first self-aware humanoid robot discovers its own nature while navigating the dangers of the human world, evading capture by competing government and corporate forces and inspiring humanity towards a better future for all.

“I want to be myself”: To fulfill this, its only programming, the first conscious humanoid robot must evade the relentless pursuit of darkly competing Government and Corporate forces and a powerful Artificial Intelligence control system, inspiring humanity to take a big step towards a better future for all.

“Mary in the White Room” is a prequel to "Singularity", a universe of media that bridges the sci-fi, thriller, drama, adventure and action genres with themes of technological and spiritual emergence and evolution. Established in our world, beginning in the near future and arcing to a climactic nexus some 500 years later, the interweaving storylines of the intellectual property make use of the full range of media including TV series, films, novels, short stories, audioplays and comic books . Interviews with and works authored by several of the universe’s main characters provide content for their social media presence and digital interactivity. "Singularity" is an IP built from the ground up to be the successor to the great sci-fi franchises. Fresh, relevant, grounded in current science and forward-looking, it tackles the real-world problems and opportunities facing humanity now with interactive audience engagement and creative, stimulating narrative.
WeScreenplay/The First Impression on "Mary in the White Room":

FIRST IMPRESSION: The script analyst's first impression on the first page of your screenplay.

"This first page does a great job of presenting a series of compelling images to pull the audience in. We don't have much context for what is happening but there are enough implicit questions being raised to get someone to keep reading while never feeling like those questions overwhelm."


Mary in the White Room

“I think lots of different kinds of people could like this script. It’s sci-fi, but it has enough drama and adventure in it to be more generally appealing.”

“Mary (protagonist) has a disarming lovability that’s hard not to root for, for the other characters and for the audience.”

“The idea of a gender-fluid robot is novel. Mary adapts easily as necessary to circumstances to survive, but also is strong about the freedom to choose.”

“Mary is like a superhero whose superpower is a vulnerability that compels people to help.”

“I liked the optimistic tone. There was conflict, struggle and there were definitely antagonists, but the good guys really step up and our better nature is affirmed.”

“Sturgeon (antagonist) is a real asshole, but he is also funny as hell. A very layered character. Usually such villains are one-dimensional, but you managed to avoid that and make him relatable, even though he is “The Prick”.”

“I love how you made inanimate objects into characters. Especially the shoes! When Mary puts on the Nikes, everything changes and becomes the hero, Connor. But also the sun, and thumbs, and even Russell’s tablet are all supporting characters in the story.”

"So many deep philosophical themes going on, reminded me a lot of The Matrix in that regard. Yet, we're not clobbered over the head with theme, it's always brewing on the back burner while the action takes place in the foreground."

“Some nice subplots/b-stories in this script. Lots of layers of conflict. Mary steps out into a complicated world and has to figure it all out but is smart enough to know that she needs to get help and smart enough to figure out who can really help and who can’t.”

"I want to be myself has to be the most rootable universal motivation for a MC ever. Who doesn't want that? So of course we want it for Mary too."

"The use of eyes, cameras, drones, screens, windows, mirrors, POV all interacting and transitioning is an interesting sub-theme through line that supports the main theme of identity."

"The evolution of the (protagonist’s) laughter over time was a nice touch. "

“It starts out as a small story about a lone small being in a big world and then ends up the biggest story ever that changes everything. That’s a nice journey to take as an audience member.”

“It’s interesting that you set this very firmly in our real world, and not in some other alternative version of reality, or some distant unrecognizable future. Right down to the brands that we know and the popular culture, it’s familiar, but just enough into the future that it feels like a new world being created. You should reach out to Nike and get them to actually make those shoes. Lots of marketing opportunities here.”

“The script really raises many issues that need to be talked about, but without being preachy and still managing to be entertainment. Artificial Intelligence is really happening and how it is integrated into our world is more or less going to be the biggest defining factor in the future. The potential for abuse is huge.”

“Kudos for giving Edward Snowden a cameo. Dude is a rock star.”

“A robot that shows us our humanity just by following the mantra “be myself”.”

“Love how there seems to just be this natural friendship between the trans woman and the gender ambiguous robot. The TV commercial at the end was a hoot.”

“I did tear up at the end when I realized Mary wasn’t going to survive, but I was glad that in the end she had somewhere to go. There was pain mixed with joy and resolution.”

"The circularity to the script is nice. It begins with (the protagonist) saying "I will win" the game in a seemingly totally unrelated context, but this foreshadows nicely that in the end, they do win. All of the characters have resolution or at least have their stories set up so that it's clear that their narratives will progress."

“I can see how this sets up other stories in your “Universe”. Juan and Marisol and The Intelligence definitely have a future. I hope they get to live it out on the big screen some day.”

“Will there be Mary action figures? I can see kids liking Mary and identifying.”

"There are some echos of "androids/artificiality in the future" movies such as "Blade Runner," "Matrix," "Gattaca," and "Ghost in the Shell" etc, but where I feel this script stands above those predecessors is a close connection with and conveyance of the "humanity" of the central character. I think Mary's human story would have been enough to hold my interest throughout the script even without the sci fi elements - she's such a well realised character, and her dialogue and consistency so convincing. The hard work is certainly already done on this scipt. It's an excellent genre piece which stands up to, and in some ways improves upon, the most famous films of its kind."

Our Last Days to Live
feature
By Ethan Farrell
In the story, Ethan is 12, and Alex is 6. They are brothers in a harsh dangerous world. The movie is a zombie apocalypse movie, and the two brothers stray from home one day, unfortunately right as the apocalypse happens!