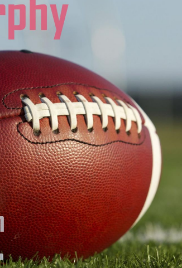 In this politically and socially relevant Dramady we follow wife, mother and super football fan Christine Murphy, who becomes the first female head coach in the NFL, as a publicity stunt. It might be a stunt for the team, but for Christine, it is her opportunity to fulfill a dream she had since she was a football player in high school. While Christine is ready to coach her team she was not prepared for her family, husband Ian Murphy and son Johnny and daughter Bret, to have their lives turned upside-down with the media circus and political attacks and Christine’s new role as a reluctant feminist icon and conservative target.

Sample of the pilot:

The pilot starts with Christine coaching in a wild card game and then flashbacks to see how she got there when her family attended the disastrous opening day and her public fight with the head coach, Skip, on the local TV show that leads to her getting the job. Ending with her team tied up with two minutes to go in the wild card game and the NFL commissioner is not happy with this upstart amature fan woman publicity stunt in his sport.

Sample of the first season.

Each episode follows Christine, her family, and the team as she goes from fan to coach working towards the wild card game. Christine must negotiate with the sexist owner playboy Tylor George and his misogynist GM Bob Blank to let her coach. Bob only sees her as a way to sell tickets until she turns the team around. She is getting the team of macho men to trust that she is not a publicity stunt, but has some innovative plays that win them games. End the feud between her veteran QB Buck Decker and her star rookie Kris Jettler. The Black players taking a knee in protests that opens Christine to the racism some of her players face even though they are celebrities.

A MeToo activist Jody Godling goes after Christine as a sell-out to women's rights then becomes her champion when it is evident that the male-dominated owners and commissioner are trying to take her down. A group of conservative women threatened by her challenging gender roles attacks Christine, her family and the team with a boycott. The toll all the social media attacks are having on her family that is making them resentful of her fame and causes Ian to seek out another woman. The season ends with the NFL commissioner ordering the Refs to call the game against Christine and the real owner of the team, Helen George stands up for her coach demanding an investigation.

Coaching a losing team of has-been’s and misfits to a championship, maybe easier than navigating all the of the social politics, misogyny and racial equality protests. With women standing up in politics, entertainment and everyday life to the culture of sexual harassment and gender bias, and the MeToo movement that is taking down powerful men, Coach Murphy will be a showcase for the changes that are taking place post-2016. Christine is challenging the view of women in power in our society and is successful as she garners respect for her ability not as a woman but as a football player, coach, and a person. Having a show about a woman taking on and succeeding as a leader in one of the most male-dominated iconic companies is as groundbreaking now as a show about a single woman working as a news director was in the 1970’s and Christine will navigate all this with humor and determination while still being a great wife and mother, she hopes.

Basket Case
television
By Tyler Robertson
A sheltered and socially awkward high school student decides to find his place in life after the death of his extremely overbearing mother.

Stalemate
television
By Luke Carroll
The GCSE results are in… the rowdy JACOB and patient LILY have failed. Now is the time for the dreaded resits at College, where a contrary relationship starts to form.

On Scholarship
television
By Mark Valenzuela
Follows the lives of 3 college roomates and 1 college football athlete as we watch them juggle football, girls, school and what life throws at them.