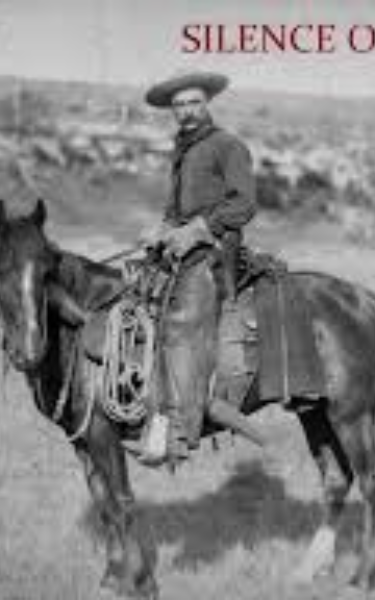 Silence of the Land

In 1834 Texas, a wealthy Mexican landholder is threatened by Anglos and he must defend his family and property from the Texas Rangers and Texas government to avoid abandoning his land.

Domingo HERNANDEZ, 32, a wealthy Mexican landowner in 1836 Texas observes his vaqueros as they drive the longhorn cattle through Luis’s vast rancho, Santa Gertrudis.
Domingo presents another land grant to his father, Lorenzo HERNANDEZ, 62, at his rancho, La Parra.
JOHN SMITH, 23, and WILLIAM MOORE, 25, travel down the Rio Grande on their steamship.
Domingo meets ELIZABETH RAMIREZ, 19, at the fiesta to honor his father for becoming the largest landowner in Texas.
Smith sends his three ranch hands to La Parra to try and purchase some of Lorenzo’s land. Lorenzo refuses Smith’s offer.
Domingo marries Elizabeth.
Lorenzo is found dead at his rancho. Domingo with his two brothers, JULIAN HERNANDEZ, 28, and RAFAEL HERNANDEZ, 26, attend their father’s funeral.
Elizabeth discovers she’s pregnant.

Domingo helps Julian, now the alcalde of La Parra, drive his herd across the rancho. They discover Smith has put up a fence on their property.
Domingo finds tracks leading to Smith’s small plot of land that matches the tracks found at La Parra the day his father died.
Smith hires COLONEL SCOTT, 51, and his rangers to force Domingo and his family to abandon La Parra and Santa Gertrudis.
To legally bring justice to Smith, Domingo goes to San Patricio to collect his original land grants. He arrives just in time to see the courthouse in flames.
Colonel Scott goes to Santa Gertrudis with two ranch hands. They convince Elizabeth to let them in the hacienda then beat her up very badly.
Domingo meets with the Santa Gertrudis and La Parra vaqueros, servants and Natives. He explains that they are not safe and all of them will move to his uncle’s rancho in Mexico. Domingo and Julian plus a few volunteers will stay at Santa Gertrudis to protect all of the livestock. La Parra will be abandoned.
Smith’s Texas rangers attack Santa Gertrudis. Domingo is the only survivor and brings Julian’s dead body to the rancho in Mexico. While Domingo is on his way, Elizabeth gives birth to his son.
Domingo and Rafael are at their uncle’s rancho when two men from the Texas Land Commission visit the hacienda. They believe they will be able to return La Parra and Santa Gertrudis to the Hernandez family. Rafael insists on going with them on the steamship to Texas to prove their case.
Smith’s ranch hand sneaks aboard the steamship and places dynamite to blow up the ship. He confronts Rafael and Rafael kills him after learning he killed his father. The ship explodes.
Domingo is convinced Rafael is dead until Rafael shows up at the rancho. <
Domingo takes the land issue to SENATOR JUAN SEGUIN, 33, and REPRESENTATIVE ANTONIO NAVARRO, 44. Seguin writes a bill and Navarro presents it to the Texas House of Representatives. The defense of the bill goes well but Domingo is told he may never get his land back. As Domingo leaves the courthouse he sees a vision of his father, Lorenzo, and Domingo promises him he will never give up.


Very Nice...
This is a pretty good script. When I read the title and saw the cover I first assumed that this was going to be a typical cartel movie or something like No Country For Old Men, but I was (pleasantly) surprised. Usually, movies like this aren't really my cup of tea, but I really like how instead of going the cartel way which is probably most attributed to Mexico, you took something which would seem fairly simple and made a cool story out of that,...
10 months ago | read more... 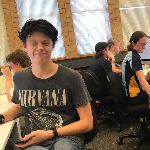 Wearing of the Green
feature
By Rachel Paul
Under British-ruled Ireland, Irish Catholic servant Reanna O’Neil is forced to flee for her life when, in self-defense, she kills her attacker, a British noble. His son-in-law, hot on her heels and out for blood, will stop at nothing to “Make the Irish slattern pay!”.

Coping With Liabilities
feature
By Jada Samuels
A war veteran comes home only to see his family has shattered and tries not to get swept along with them.

Three Flags over Santa Gertrudis
feature
By D Scott Mangione
A wealthy Spanish family fights to preserve Spain then supports an independent Mexico and finally defeats Santa Anna at San Jacinto in order to protect their lands, property and legacy.