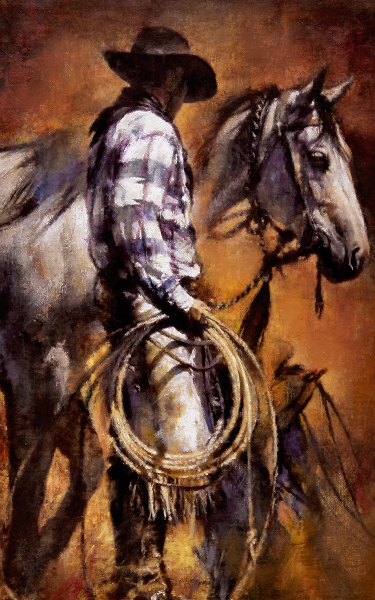 A Spanish Don is sent to eighteenth-century San Antonio to construct the Missions. He must overcome the wilderness and Comanche to reunite with his fiancee and establish his family's legacy.

In 1744, San Antonio de Bexar, the great Master Mason, TELLO, 36, abandons his construction after killing his lover’s husband. Twenty-two years later, DIEGO HERNANDEZ, 25, is given the title, Don, by the king. The king sends Don Diego to the New World to complete Tello’s work. He explains to his fiancée, ROSA, 19, he must leave but promises to send for her when he establishes a safe place to live. He makes the voyage to the New World and meets MONTEZ and an eleven-year-old boy who becomes his assistant. The boy has not spoken since he arrived at Montez’s shelter. Montez gives Don Diego a tour of Veracruz and then with Montez and the boy as his guide, Don Diego makes his way to Aguascalientas.
In Aguascalientas, Don Diego meets the Governor of the province of Mexico, BARRIENTOS. Barrientos gives Don Diego his orders and warns him about the danger of the territory he will be traveling through. On the way to Acuna, Don Diego, the boy, and Montez come across an enormous herd of buffalo. The young man safely leads them through the herd. In the middle of the night, a cougar attacks their mule and the mule runs away. The boy tracks down the mule which lead them to a band of Comanche warriors. Montez fears they will be killed but Don Diego trades some stone sculptures for the mule and they are allowed to continue on their journey. They arrive in Acuna. Montez leaves Don Diego and the boy. They meet the half-breed, BORRADO, who escorts them to San Antonio de Bexar.
They reach San Antonio, Don Diego meets the mayor, GORTARI. Don Diego sees how much work needs to be done in order to complete Tello’s work. Don Diego begins immediately. While Don Diego is surveying the area where he will oversee the construction of a mission, he falls from a tree which prompts the boy to speak for the first time. Don Diego decides to baptize and adopt his assistant. He discovers his name is Isaiah. By 1769, Don Diego has completed the San Jose Mission and is asked to construct facilities to train the Natives in various trades. He is also asked to escort 500 people from Nacogdoches to San Antonio.
Don Diego begins the journey to Nacogdoches. He is escorted by several vaqueros and soldiers. On the way, he comes across the Caddo tribe of Natives and observes the mounds left by their ancestors. The team arrives in Nacogdoches. Don Diego discovers that none of them want to leave and he must force them to make the exodus to San Antonio. On the way, they must ford violent rivers and battle a band of Comanche warriors. They finally make it back to San Antonio. Don Diego, now very wealthy, discovers that his fiancée, Rosa has died in a shipwreck. After a long period of depression, he constructs a beautiful monument to her. He eventually marries GLORIA and has four children.


A western with beautiful visuals
In the first couple pages there are a few things that don't seem to make much sense. How come Tello doesn't know where the sun sets? That's a pretty simple concept to grab, maybe it's a metaphor I don't get. Also, while in the tavern and outside the church, Tello is a drunken fool who sways around and pulls a push door, yet when he is caught by Matias is adeptly able to take care of Matias make an escape through a window, a safely ride a horse aw...
1 year ago | read more...

Journey To The Queen.
feature
By Nathan Viltus
5 brothers (with powers) have to kill a queen to end their village curse.

Piece of Mind
feature
By Molly Bragg
A lost and confused woman finds herself stranded on an unknown island with no memories to back her up on how she got here. The only evidence holding her up is the map she washed ashore with and the very intriguing residences that inhibit the island.