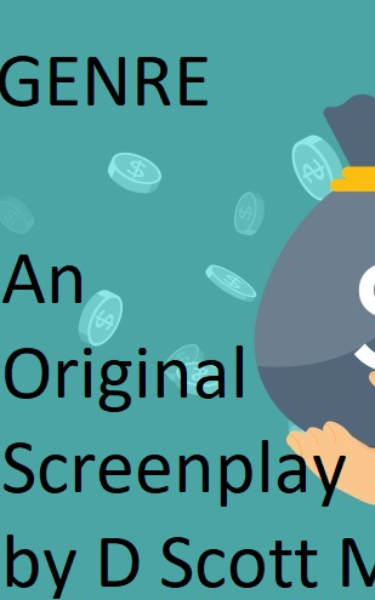 A man journeys through the genres of his life as he discovers the reason for his existence.

TONY CAVELLI, 43, in 1984 San Antonio, is visited by the prophet Enoch. Tony is warned that the earth as we know it will be changed. Enoch tells him that he is the chosen mortal then causes Tony to remember his past. When Tony is nine, he saves Christmas for his family by selling Christmas cards after his father is injured at work. At the age of sixteen, Tony is selected for the exposition baseball team. They play all over the world so he would finally get out of his small town, Katonah, New York. He takes a job as a look-out for a parking meter scheme and gets arrested. He loses his place on the exposition team and must join the military to avoid going to jail.
Tony is twenty-one in the military. While stationed in San Antonio, he meets ELLEN, 15. Though their time together is brief, she eventually becomes his fiancée. During the time away from Ellen, Tony develops a relationship with the base commander’s daughter. Tony has to break up with her when Ellen becomes pregnant. Ellen moves on the base with Tony and they have three kids. He leaves the military and the family moves to San Antonio. At twenty-six, Tony’s oldest son is kidnapped by the Russians to get Tony to tell them some classified information. To get his son back, Tony surrenders himself to the Russians.
While Tony is being tortured, he escapes without revealing any information. A forty-year-old Tony meets KAREN, 30, at a visit to the dentist’s office. Karen develops a convoluted plan to get Tony away from his wife. She disables his car to cause him to let her take him home. She sleeps with the owner of a motel to convince him to sell it to Tony. She switches out Ellen’s medication so that she becomes severely depressed. After sleeping with Ellen’s psychiatrist, she blackmails him and forces him to tell Tony to save Ellen’s life, Tony must leave her. Karen tells Tony she’s pregnant. Tony resists temptation and stays married to Ellen. Tony buys a sculpture called the Endless Knot. Everyone who looks at it, either dies or has good luck based on their karma.
Tony is baptized into the Mormon Church. Soon after, he has a visitation from Enoch who tells him he has been chosen to assist in the return of Jesus. While he is in his office, Tony meets the Three Nephites who tell him they are there to help him complete his task. He learns that his job is to negotiate the purchase of the property where Jesus will return. John the Baptist gives Tony the Aaronic Priesthood then Peter, James, and John the Beloved gives Tony the Melchezidek Priesthood. Finally, Abraham seals his family together for eternity. With the power he needs, Tony is able to complete his tasks. The angels and former prophets fight against the anti-Christ Pope who leads the Muslims and others. The angels and prophets win which allows Jesus to return.


Structurally sound story of a man's ups and downs through life
Concept:
The concept of someone looking back through their life isn't ridiculously original but the framing device is kind of original. At the beginning it seems to closely resemble Clarence in It's A Wonderful Life but quickly shifts when we return to the framing device at the end.

Story/Character Development:
After finishing the screenplay, the biggest issue with the story is that it reads like a series of unconnected sequence of events....
1 year ago | read more...

I Want You
feature
By Beja Christmas
The sound of her song touches his heart. A love requited like never before; aside from death is there anything else that can keep them apart?

A Determined Soul (Working Title)
feature
By S. S. Charlton
A young couple triumphs over an unsupportive family and addiction to make it in the modern world.

I Want You Always
feature
By Beja Christmas
They say the first year of marriage is the hardest however a baby on the way and wedding preparations feels like child's play in comparison to what they face next.