Christopher Snowden completed a review for

When first reading the script as a live-action, I found it to be a bit boring. A few pages in, I decided to view it as an adult animation and thought it added a bit more wonder to the show while also giving it more potential. The concept is simplistic and straight forward which is cool cause you can get into the show right away. Overall, I think this actually has some legs to it, and if you consider my animation suggestion you could make it a bit more over the top (flashbacks, bigger scenes, gags, seeing what the characters are thinking, even the rats can have more character to them) Pages 1-2 On the initial read, the cold open didn't work for me, but after seeing where the story goes it's pretty solid. Maybe you could add more life to the scene, have the machine rock back and forth, maybe throw in some rats. Just build it a bit more. 3-7 Maybe add some connection to the Cheetos to the overall story of the episode. Find a way to use this space to plant seeds. The dialogue here is a bit stiff and the backstory being explained is a little cliche. In terms of structure, this is a really tight scene and moves the story forward at a perfect pace 7-10 Pushing it forward keeping a great pace, maybe not the most logical course of action. Interesting charecters. 10-14 Everything here is pretty good, All I could suggest is a bit more charecter. Everyone is kind of a freak there's no one you can really humanize other than Amanda. Maybe throw in another normie into the mix preferably a female character. 15-17 Good stuff 17-22 Seems like wasted space with the Lottery people, didn't go anywhere didn't have a lead up. The Karl and Vinny stuff is solid. They have potential, but this is also why I recommend the animation aspect. Then we can see the zip line scene and rather than them trying to build a zipline, they could have actually done it. The drug scene has been done, but it works. 23-27 Okay stuff with Chad. Maybe it could be a bit more compelling. The rat in purse scene feels authentic, but maybe you could come up with more. 28-31 The ending seems rushed and out of nowhere. This is why I recommend the other time used to build up to something that could be planted like Lydia wins the trip to Vegas. Overall the show is good. If you get a little weirder, expand, and add more life to the mall(not people but make it a character in itself. Think how Bob's Burgers and how the restaurant pushes the plot at times), then I could see this as an animation on Hulu or something.

Christopher Snowden just claimed a review for a script.

Malled to Death television
Genre: Comedy
Logline: Minimum wage employees at a failing mall try to keep up with a crazy manager, power hungry security guard, and all the strange customers in-between.
0 Likes

Christopher Snowden completed a review for 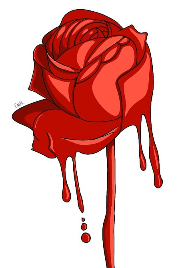 Christopher Snowden just claimed a review for a script.

RED television
Genre: Crime,Mystery/Suspense,Thriller
Logline: Poor Lisa. All she wanted to do was hang out with her cousin. Instead, she ended up in jail with no one to help her all because her cousin’s girlfriend decided to frame her but Lisa claims innocence. Is she innocent or guilty? You be the judge.
0 Likes 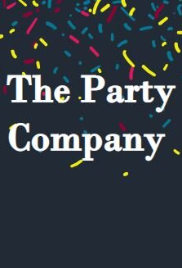 The Party Company television
Genre: Action/Adventure,Comedy,Crime
Logline: The Party Emporium, an underground sex trafficking and drug cartel that operates as a one-stop party company for Los Angeles's elites, goes to war with Caesar, a sociopathic drug lord with a god complex.
1 Likes

The Party Emporium, an underground sex trafficking and drug cartel that operates as a one-stop party company for Los Angeles's elites, goes to war with Caesar, a sociopathic drug lord with a god complex.

Solid pilot. Reads better as animation rather than live action.