I studied Creative Writing and since then have been so into script writing. I have written no less than 15 short scripts so far and before I set out into feature writing I would like to ensure I have a firm grasp of the basics (and less basics) of the trade. Hence my coming here to have sound and relevant feedback and reviews. I am also working on self-producing my first short.

I would personally rate your script good for the following reasons: THEME. If your theme was "Don't talk to strangers" then you have succeeded! It came across clearly and was conveyed in an unusual way (understand original, which is good). STRUCTURE. You stick to a clear structure which makes your story easy to follow and effective. CONCEPT. Your concept is interesting because of the contrast between the supposedly funny characters and the dark ending. DIALOGUE. Your dialogues are strong and are consistent with the characters who bounce off each other well, keeping the reader interested and wanting to know what is going to happen next. Following a few suggestions on turning this good script into an excellent one: SHOW DON'T TELL. Don't tell if you can show. E.g.: LUBU, [is exactly what you imagine when you think of a clown] or Lubu politely gives a small wave, then [goes back to ignoring]. You can't tell thoughts, intentions, judgments in a script, you need to find a visual way of conveying them. BUILD CONFLICT ACROSS THE OVERALL STORY ARC. Your story can be broken down into smaller parts that have well-built conflict in them. Every time Sammy finds a way to cling on to Lubu who tries to drive him away but consistently gives in. However, the smaller parts do not build into each other sufficiently. The tension should escalate with each part and reach climax at the stabbing. Don't get me wrong, your structure is sound, you just need to weave more tension in it. AIM FOR A MORE JUSTIFIED CLIMAX. The climax is too much of a surprise. We need a bit more to justify it. We do have the feeling that Sammy does not have the best intentions. But the stabbing is too much of a surprise to be a climax or even a twist. Maybe you could provide other hints of his intentions to make the reader grow increasingly wary of Sammy and unsettled by his behavior so that the stabbing is justified. Or have Lubu antagonize him to the point that the stabbing is justified. Or have him totally win Lubu over while gradually making his intentions crystal clear to the reader/viewer but not to Lubu. FURTHER DEVELOP CHARACTERS. I would suggest to develop Sammy further, and make him more of a villain. Maybe make him downright deranged or make him sinister or something. Also, to justify the ending, we need to be convinced just before the stabbing that Sammy is as good a clown as Lubu to let him take that place. ENHANCE THE STORY WITH A MOOD. You need to put the reader/viewer in the mood of watching something as eerie as the stabbing of a clown. Should this happen in the middle of the night? Or on a bleak day? TAKE THE CONCEPT A STEP FURTHER. I would suggest you further exploit the funny character-eerie story contrast to further unsettle the reader/viewer. Dark humor and dramatic irony would work well here. Make us laugh and worry at the same time. TITLE. I am unsure your current title properly conveys the intent or content of the story. ADD MORE ACTION. The dialogues are strong but they run on almost forever. If you could break them once in a while with action it would be easier on the reader, plus this will provide you with an opportunity to create a mood and give visual hints.

PROS THEME. The theme of friendship and sticking together is one that anyone can relate to so it has a lot of potential whether with people reminiscing about the times they had that kind of experience, those living it and those yearning for it. MALIKIH. Malikih's character was well-developed, he had a distinct voice, he was credible and he was compelling. SUGGESTIONS FOR IMPROVEMENT YOUR INTENT. There are a number of questions you should ask yourself to improve the story: - What is the point of this story? Why do you want to tell it in the first place? - Who is the main character and what is he/she trying to achieve? You need a goal, or a mission, or a quest, well, something to drive the story. I was unsure if your main character was the ensemble of the 5 friends (goal: succeed in life) or Ralph & Chuck (goal: rock the party) or Deacon & Malikih (win the game). A clear and single line of action is needed to avoid losing the reader (and viewer subsequently). - What triggered the goal/mission/quest? What is at stake? E.g. The threat posed by Quick? A contract if they do well at the open-mic? A scholarship if they win the game? STRUCTURE. One of the most basic rules is that a story needs a clear beginning, middle, and end. And they need to flow into each other logically. At the beginning, you need to establish your main characters, who's up to what and who's trying to stop them. What they are after and how they conflict each other. Any backstory and background information should be inferred from the action and dialogues not told right out as side notes or intros. If you must resort to intros and epilogues, voice over may be an acceptable option. Without this kind of structure, your script will sound like some account. SHOW DO NOT TELL. By all means, film is a visual medium, so please show things, actions, reactions, do not make an account of them. E.g. 'Their neighborhood was a busy one, always cars coming up and down the road, children playing in the yard. If you want to find someone all you literally had to do was go outside.' If you must convey this in your film, a flashback of what the neighborhood used to be would be more appropriate. 'Later they all meet at the game and it's not what they were expecting down 21-0' How about: They sit down and watch the game. The score is now 21-0. Their faces fall. 'Malikih turns a faces them two with his arms folded.' This is good showing. We know Malikih is being wary. RHYTHM, TENSION, CONFLICT. Your story needs a rhythm, it is too random at this point. Once you have established where your beginning, middle and ending are, use conflicts to build up the tension to move the story from beginning to middle to end. Establish the need, the mission and the main character in the beginning. Send him on the mission and give him a hard time in the middle. Just between the middle and ending, let us believe he failed and then reverse the situation (climax) and finally let everything find resolution (and maybe a happy ever after) in the ending. STORY ELEMENTS. If something does not contribute to the story, it should not be included. For instance, was it absolutely necessary to have each one of them knocking and entering separately and getting cereal? Or have Ralph wake up and brush his teeth? How does any of that contribute to the story? You could have started by showing all of them a round a bowl of cereal and sharing their plans (which must be relevant to the story). If you mention a gun somewhere, it has to play a role somewhere else. This applies to every element you include in your script. 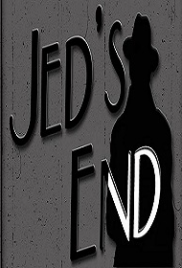 PROS STRUCTURE: This is the strongest point of the script. It does have interesting reversals, an excellent climax, and a satisfying resolution and ending. The story is focused on Jed's objective, i.e. save his family. The intervention of Pizer's brother brings a well-thought and on point twist and reversal at the same time as we expect Jed's wife to have her brains blown not Phelps. SOUND: Your audio part of the script is another strong point. Having the door slam, hand bang and man yell 'bitch' at the same time makes for an interesting audio transition between the two scenes. I have already mentioned the critical shot fired at the climax above. Overall, your use of sound contributes to the mood of the story and its realism. CONS VISUAL STORYTELLING: This is the part that request most work in my opinion. You really need to show things instead of telling them. A script is about what people see and infer from it, it never is about intangible thoughts or intentions. A few examples to explain the issue: 1- 'Then STUBS out the cigarette in the ashtray which almost reveals something else on the shelf directly in front of him. Something that could be mistaken for a PICTURE FRAME.' The viewer/reader should be able to infer from what is seen/written that there might be something on the shelf and that thing is probably a picture frame. E.g.: He stubs the cigarette in the ashtray and a rectangular shadow briefly appears on the shelf in its dim light. 2- 'The Health Spar is a modern contemporary building which doesn’t seem inconspicuous at all. On the surface it seems completely legit. For the most part, it is.' Instead of telling us it does not seem inconspicuous, you should give us a visual description of what makes it a perfectly normal building and then drop cues that call for caution. E.g.: The Health Spar is one modern contemporary building among so many on X street - mostly made of glass and well-maintained. It is 11.20p.m. Light seeps from its basement. OPENING: The fact that you started the script by creating a mood was a strong start and rightly suits the thriller genre. However, the way you proceeded was more questionable. The opening is where you need to catch the viewer's attention at all cost, I would suggest you start with something that immediately establishes what the film is about (the character, its mission, the conflict) so that the reader/viewer is immediately engaged. DIALOGUE: If you could cut down on the exposition in your dialogues and use more subtext and visuals, I am sure it would strongly enhance the quality of your work. E.g. CARVEY- It’s you that shouldn’t be here Jed. You should be heading for the hills right now. JED - Not without my family. You know I’m not built that way. 'Not without my family' is overstated. Something like 'Without my family?' would be more impactful.

Jed's End short
Genre: Thriller,Drama
Logline: A want away man has to do the unspeakable to thwart his gangster employer and save his family
0 Likes

Axel
welcome to the community. hope to see some great job of yours
reply

Johana
Thank you! Will try my best!
reply

Axel
welcome to the community. hope to see some great job of yours
reply

Searching his way to a gig, a clown gets the unasked-for company of a most clingy stranger whose intentions are unclear

A group of friends go through a few events in life