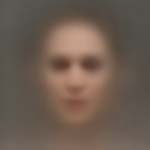 A writer-turned-nurse who wants to get back to his passion; screenwriting! While nursing provides a steady income and a positive sense of reward, the love of writing is always lingering in the background.

Sam Kerr just claimed a review for a script.

Sam Kerr completed a review for 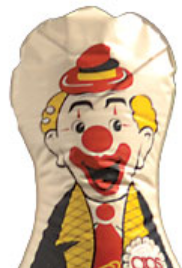 First, the structure of the story is on point. There is a clear three-act structure, several challenges Bruce, the protagonist, must overcome, and even a twist at the end. The pace is steady and it never bores the reader. The ending image mirrors the opening image and leaves the reader feeling warm. Bruce's character is developed nicely, most of it during one-sided conversations with BOP, a Bop clown, his protégé. The reader is given a glimpse into Bruce’s past, and how he wishes he could still jump in the ring. This was a difficult feat to pull-off, as BOP cannot participate in the conversations. Props to the writer for this! The dialogue is appropriately succinct. The writer avoided the newbie pitfall of including in the dialogue exactly what they are thinking and what they are doing; the whole, “Show don’t tell,” philosophy is well-utilized here. It reveals enough of the backstory, characters’ thoughts, and their intentions without being too wordy and drawn-out. This is a massive struggle for most writers in the short script realm. The pace of this script is steady and even. Some may think that maintaining a steady and even pace is easy in a short script, but you would be surprised! It isn’t always easy. I’ve read and written plenty of shorts that suffer in this department, largely because I didn’t know where I wanted the story to go. However, this was not a problem for this writer. They knew exactly where they were going with this story and wasted no time getting there. Now, for this script’s sole downfall. BOP. For me, this was an unusual choice for a main character. Perhaps BOP is a reflection of Bruce; BOP consistently bounces back when he is struck, whereas Bruce does not. This would explain the guilt at the end of the script expressed by Bruce. Or maybe I am way off track. Anyways, the choice of a Bop Clown was too unusual for me to really feel anything towards that character. At the end, I did feel sorry for Bruce, but felt indifferent towards BOP. It is imperative that for whatever audience you’re targeting, ALL of your characters evoke some kind of feeling for the reader. The best way to do this is the method made popular in the book, “Save the Cat.” Make the character save a cat, a dog, a baby, anything that would garner support from the audience and reader! Even a villain who does this earns points in the empathy department, which creates a multi-dimensional villain. In BOP’s case, seeing as he is pretty much an inanimate object, I’m not sure how the writer would accomplish this feat. But the fact the writer was able to utilize BOP in a boxing ring makes me think it is possible! Despite this downfall, the writer definitely has potential. The talent is evident, the formatting is appropriate, and the technique is there. Keep up the good writing and good luck in your future endeavors! I look forward to reading more of your work.

Sam Kerr just claimed a review for a script.

A grizzled ex-boxer takes on a unique new protege in hopes of redeeming his lost career.