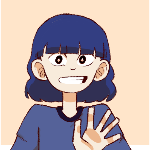 I put a Picrew of one of my characters as my profile picture, that should tell you more than enough about my age, personality, and experience in screenwriting. But in case not, hi! I'm Emma, and although I've been writing scripts for as long as I can remember, I've only gotten serious about screenwriting recently. I would love to get criticism from other screenwriters, rather than just friends and prose writers. Happy to be here to share stories! 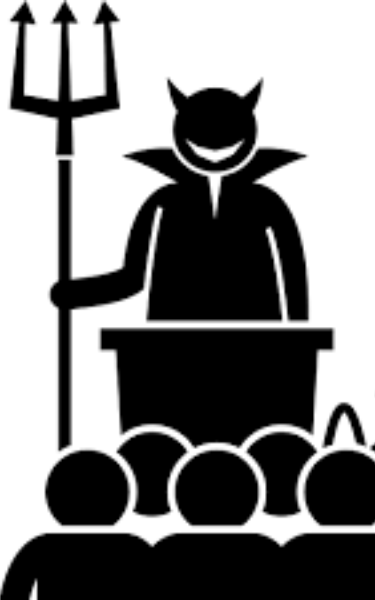 I found this script to be a delightful read, and I was laughing at practically every line. This story lands every joke it makes, which is necessary in order to make a black comedy funny. Not only is there hilarious quips, one-liners and arguments that showcase incredible dialogue writing by the writer, Barbour, but there are also tons of visual gags and shock factor moments that you can't help but laugh at, especially when you can picture them so clearly. I was dying of laughter at the scene where Shayne and Ike speak to Max as Bolgothra. Barbour takes what could be terrifying concepts, and turns them so that you're laughing so hard your stomach begins to hurt. Speaking of terrifying concepts, the idea of these two young adults trying to help a cult leader run for office is an incredibly smart idea, and a genius political satire. The twists and turns that you get just from one episode should be enough to tell you that this is an incredible story, and one that I would tune in to watch weekly. The idea of centering a story around a political campaign also makes room for longevity, such as winning and becoming mayor, or losing and moving onto a new campaign. That's important in a comedy. Although this story is unlike anything I could ever begin to dream up, I find myself relating it to shows like "It's Always Sunny In Philadelphia" and "Helluva Boss", where you have these horrible people doing horrible things, but you can't help but root for them because of how much you've grown to love them. And oh my god, the characters. I can't even begin to think of one character I dislike. It once again goes back to the comedy, and you give every single character at least one knee-slappingly hilarious moment. Each of our main characters are hilarious, and they bounce off of each other completely. Maximillian is absolutely hilarious in the way that he thinks he is perfectly in the right, Ike is so stupid and air-headed that it's endearing, and Shayne makes a wonderful straight-man. I found myself falling in love with every character over and over again. There was only one character who I felt deserved more justice. Burger Frank. Currently, he is my favorite character in the entire script. However, the way he was written made him feel unnecessary in this script. I'm sure that he's more than just a one-off joke based on some of the dialogue, but it wasn't made clear enough what his purpose in the story was. His entire scene felt a little unnecessary, and felt like a device to reach the episode to an ending point. I hope that he has more importance than just a one-off joke, but if he doesn't I would consider him moving him to another episode or removing him entirely. My only other criticisms for this script have to do with small continuity errors and grammatical mistakes. The script was confusing to read at times, and there were a few instances where the action lines would say one thing was happening, but the dialogue would insist that another was happening. I feel like with a little bit of cleaning, this script could be near perfection in no time. All in all, this is an incredibly charming script! Despite a rushed-feeling ending and a few messy scenes, the story was intriguing, the characters were lovable, and the comedy was spot-on. This has a lot of potential, and I could see it on late-night television. I would highly recommend this script to anybody who loves black comedy and political satire, and just a good time in general! Well done!

Emma Jasper Douglas just claimed a review for a script.

The Apocolitician television
Genre: Comedy,Sci-Fi/Fantasy,Animation
Logline: College students Shayne and Ike will do anything for extra credit. Even if it means helping a local cult leader run for office.
0 Likes

A Disturbingly Hilarious Comedy, Needs a Bit of Cleaning