After an insane asylum patient witnesses his revered psychiatrist murdering fellow patients, he battles the voices in his head to convince someone in the sane world he's not hallucinating before more patients are murdered, including himself and his pregnant, patient girlfriend.

DEMANDING VOICES takes place inside a real state-run insane asylum in New Jersey during the 1980's. The psychiatric hospital, Greystone Park Psychiatric Hospital, has a known extensive history of tortuous treatments and abuse. Once involuntarily committed to Greystone, a patient was rarely discharged until their body left in a coffin. The original Greystone was demolished in 2015.

The protagonist, Justin, is a decades long, delusional patient at Greystone. Everyone at the hospital knows his illness causes him to hear voices and see visions that are not real. Although he has psychiatric problems, he is not violent nor a danger to others.

Justin witnesses his revered psychiatrist, Doctor Eric, killing fellow patients at Greystone. He wants to do the right thing to stop more murders. But, first, he must battle his own voices who control his thoughts and actions. Sometimes the voices demand he act one way only to instantly change their minds and demand he act the exact opposite way constantly confusing him. Also, the voices constantly scream in his ears, making it difficult to concentrate and act. After Justin learns how to deal with the voices in his head, he proactively tries to tell various people at the hospital about the murders. No one believes him. Instead, they gaslight him, telling him none of what he saw was real. They tell him every murder was a hallucination because of his illness. After Justin witnesses more murders, he refuses to give up and be silenced. So, with the help of his ward girlfriend, Jessica, he devises several plans to tell sane people on the outside about his murderous psychiatrist. Again, he fails. No one will believe him. However, now, Doctor Eric is aware Justin's a danger to his murderous plans. Annoyed, Doctor Eric threatens Justin. When that doesn't stop Justin's tattling, Doctor Eric attempts to murder Justin. He fails. But, as a parting gesture, Doctor Eric frames Justin for the murder of a patient. Doctor Eric is ultimately proven to have killed four of his patients.

At this exact point in time in the 1980's, state psychiatric hospitals started a plan called deinstitutionalization. Almost overnight, patients were abruptly discharged. The patient population at Greystone dropped dramatically from over 4000 to under 500 in less than a year. Justin was part of deinstitutionalization and the Judge ordered he and his girlfriend be discharged together since they wanted to share an apartment. By now, Justin's girlfriend is pregnant. Despite having mental health problems, neither Justin or his girlfriend are a danger to themselves or others. They want to get married and raise their baby. They have financial support via various government programs, emotional support via the community mental health center and legal support via the Judge.

However, Doctor Eric along with his faithful nurse and the government have other plans. They attempt an abortion. When that fails, the government tries to terminate their parental rights before the baby is born and give the baby to a more deserving, rich, infertile couple.

Eventually, because of Justin's unrelenting goal to stop the murders, Doctor Eric is caught. At trial, he is declared innocent by reason of insanity when it is revealed he believed he was the Son of God and savior to all his patients. Doctor Eric's voices demanded he murder his patients to save them from a decades long life inside Greystone. He believed his mission was to free his patients by murdering them. Doctor Eric's acquittal via insanity landed him in Greystone where he would remain until the moment in time his psychiatrist determined he was no longer insane and no longer a danger to others. Then, since he was innocent, he could be instantly discharged without any court intervention.


I think the screenplay has a high concept story but I feel it was poorly executed.
MY OVERALL FEED BACK.

WHAT I DID NOT LIKE:
a) DESCRIPTION
- In the opener. Your told us & did not show us in some portion of your description. For example: You telling us the greystone psychiatric hospital. You tell us about how it used to be a torturing place. I think this should be ommited. Write what we can hear n see in the screenplay. Not what happened.
b) CONFLICTS
-The conflicts were a bit flat. Yes you set out a double conflict. Hi...
1 week ago | read more... 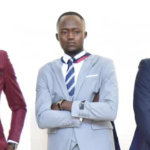 The Sommelier
feature
By Brefni O'Rourke
At his family's secluded vineyard, a restaurateur must outwit a sociopathic wine expert, solve his father's murder, and rescue his fellow guests, after a tasting event turns into a deadly game of revenge.

Thoughts
feature
By D Scott Mangione
Three strangers find themselves in a mysterious place surrounded by darkness. They attempt to determine why they are there only to discover a terrifying truth.

Lord Warriors
feature
By Chinelo Mgbeadichie
Power has a heart