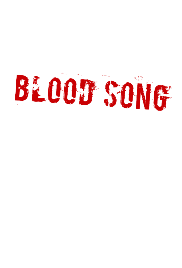 After a near-fatal car accident, a teen girl suspects her sister is becoming a Strigoi, which is slowly draining the life of their family

Song, 17, a straight-A student struggling under the burden of caring for her wayward sister, Raven, 16. At 9 years old Raven was abducted from a shopping centre for several days and deeply traumatised. Since her return, she has pacified herself with drink, drugs and partying - much to the chagrin of Song, who takes upon herself to keep Raven in check. Their mum, Suranne, 48, a hippie artist, is of little help. In fact, her permissive, borderline neglectful, parenting-style often creates friction between the sisters.

We open on a day that Song decides to take a stand against Raven’s bratty behaviour and ditches her before school. This causes the girls to get into an argument that almost results in Song crashing her car. Later at lunch, Song and her best friend, Louis, 17, are invited to a gathering but Song declines, citing too much homework. When Raven appears with a group led by Curtis Smith, 17, a local trouble-maker, she is caught smoking weed and promptly suspended for two weeks. Song as usual must clean up after Raven. When they return home, Song is displeased with Suranne’s laissez-faire attitude to Raven’s suspension, which sends her into a bulimic purge cycle.

That night Song catches Raven sneaking out to a party with her undesirable friends and the sisters argue. Raven shames Song for her anti-social nature, prompting Song to head to the gathering after all. While there, Song meets with Joe Riggs, 18, a popular boy who has a crush on her and they head off to talk alone.

At the party, Raven seems bored until Curtis offers her some indiscriminate pills, which she takes without question - despite the lukewarm reception from her friends. Raven has a bad trip, seeing disturbing hallucinations, until she is eventually put over the edge by blood coloured liquor and ends up passing out in one of the bedrooms.

During time alone with Joe, Song receives a phone call from Curtis telling her to pick up Raven with no further explanation. Song heads to collect Raven and discovers her passed out in a bedroom with two boys groping her. Song struggles to carry Raven through the house, only to be accosted by Curtis who insists Song pay him for the drugs Raven consumed. Unable to pay the outlandish £300 bribe to leave the house, Song begrudgingly hands over her expensive designer watch.

On the way home, Raven is uncommunicative and Song quickly realises that she might have OD’d and, panicking, Song tries to call for an ambulance. She loses control of the car and drives off the road and skids down a hill, where she crashes into a tree - rendering her unconscious.

Song comes to when she hears police sirens and pulls herself out of the car, only to find that Raven is gone. Thinking Raven has been ejected from the car, she stumbles around screaming for her but is too weak to look. An EMT takes Song to the hospital and her best friend, Louis, comes to collect her because her mum, unsurprisingly, is unreachable. An EMT promises to look for Raven but is killed by an unseen, feral assailant.

When Song returns home, Suranne and Louis go to join the search party for Raven, leaving Song home alone. During the search, Suranne causes a scene and Joe Riggs slips down a steep incline where he stumbles across the dead EMT. At home, Song is smoking on the roof when she hears a noise in the house and goes to investigate. She hears their cat, Barney, hissing at something in the dark and discovers Raven has returned home. Raven is battered, bruised and filthy - like she has spent hours trudging around the forest. She acts strange - like she doesn’t know where she is. However, Raven becomes aggressive when Song suggests they take her to the hospital, but Song manages to calm her down. As Song washes Raven in the bath, she is horrified to see Raven has a broken rib and her neck looks broken also - all of which Raven seems oblivious to. Despite this, Song puts her to bed, but she can’t shake the feeling that something is wrong. Suranne and Louis return home, having been dismissed from the search party due to a storm. Suranne won’t listen to reason and is resolved to head back out until Song tells them that Raven has already returned home.

The next day, Louis takes Song and Raven for a medical appointment. Raven seems drowsy, barely speaking. However, when she strips down for the examination, all her cuts and bruises are gone. Healed overnight. The nurse suggests they give Raven a blood test, to check the drugs haven’t had a negative effect on her, but Raven’s skin is too tough for the needle and breaks it. Raven seems transfixed on an artery in the nurses neck and when the nurse moves to replace the needle, Raven grabs her by the wrist and won’t let go until Song calms her down.

That night, Song is plagued by strange dreams and awakens to find Raven in her room. Raven interrogates Song about why she didn’t look for her, and Song apologises. Raven becomes transfixed once again on Song’s throat and has to excuse herself. It is enough to concern Song, who immediately locks her bedroom door.

In the morning, Song is making breakfast when she is plagued by strange hallucinations, which cause her to break a bowl. Raven sneaks up on her and they have a conversation about Song’s missing watch. Raven brings up their father and how she feels it is her fault that their parents divorced and are now so neglectful of them. A conversation that affects Song deeply.

In school, Song talks to Louis about what has been happening and her guilt, disclosing that she was initially relieved when she couldn’t find Raven. She also remarks that Raven’s odd behaviour is reminiscent of the way she acted after the abduction 7 years earlier. She and Louis discuss what happened to Raven and how it affected her and Song resolves to be kinder to her sister.

When Song returns home, her mum is asleep on the sofa (almost like she has been tranquillised) while Raven is out in the garden smoking weed, sitting in the shade of a tree. Song goes out to make peace with her. Song asks Raven what happened when she was abducted and we learn that her abductor, Anastasia Lazar, 33, performed a Blood Song (ritual) on Raven intended to turn her into a Strigoi. Raven reveals that the woman had made Raven drink blood and planned to butcher her - a story that reduces Song to tears.

Later, Song speaks to Suranne about how they can help Raven, however, Suranne is dismissive and doesn’t seem interested in having the conversation - sparking an argument. Eventually, Suranne apologises - citing nightmares as the reason for her bad mood.

That night, Raven studies herself in the bathroom to reveal bite marks all over her arms. Song sees this and interrogates Raven about the self-harm but Raven refuses to discuss it and runs off. Annoyed, Song brushes her teeth but stops when one of them comes loose. Horrified, she spits it into the sink and rushes out to tell Suranne.

Song catches Suranne in the middle of repairing a loose fingernail and tries to warn Suranne about the negative effect Raven is having on their home. Suranne, as usual, does not want to hear it and kicks Song out of her room. Song, for the first time, becomes truly afraid of her sister and locks herself in her room where she researches into the Strigoi.

That night, Song is plagued by horrifying dreams of Raven in the woods and blood rites. Song awakens to screaming and discovers that Raven has killed the family cat and disappeared off into the night. Song chases after her and finds Raven crying, her hands covered in blood. Raven weeps, not knowing what is wrong with her, and Song takes pity on her. Now determined to find a way to help Raven.

The next day Song tells Louis about her suspicions but he doesn’t believe her. Song tells him about all of the odd occurrences and begs him to take her to see Anastasia Lazar to see if there is a way to stop Raven’s transformation. Moments later, Raven bursts into school and accosts Curtis regarding the drugs he gave her at the party. Raven sees he has Song’s watch and flies into a rage in which she attempts to choke him. Song, once again manages to calm Raven, who flees the scene.

Later, Curtis is thrown out of a class and Raven lures him into the forest where she decapitates him. She finds Song in school and gives her back her watch, but she is evasive about how she got it back. Raven hugs Song before she heads off again without much explanation - leaving Song baffled. At the same time, a weakened Suranne collapses at her yoga class and heads home.

After school, Song is met by Louis who tells her Curtis was found dead. Song becomes panicked, realising it must have been Raven who committed the crime. Song insists they go and speak with Anastasia - despite Louis’s assertion that it might be too late. Song becomes emotional and Louis finally agrees to take her to the prison - blithely remarking ‘Let’s pray Raven doesn’t hurt anyone else’. Just then, Suranne returns home and is secretly stalked by Raven.

Song and Louis drive out to the prison, only to learn that Anastasia died of brain cancer 6 years ago. Having claimed to be family, Song is given a bag of Anastasia’s personal effects in which they find a map to the cabin Raven was taken to during the abduction. At home, Suranne is taunted and attacked by Raven - escaping long enough to call Song and warn her.

Song tells Louis to head back home, but when they return Suranne and Raven are gone. After investigating the house, Song realises that Raven has taken Suranne to the cabin and she and Louis set off to find them.

At the cabin, Raven preps the camp ready to perform the ritual of transference with the aim of turning both Song and Suranne into Strigoi - so they can ‘understand the pain she has felt for 7 years’. Song and Louis arrive only to be ambushed by Raven and knocked unconscious.

Song awakes to see Raven preparing Suranne for the ritual and sees Louis has been strung up ready to be bled. Song pleads with Raven and they fight - Song apologises for not understanding Raven’s pain and for a moment it seems like Raven might be able to overcome the Strigoi. However, the Strigoi eventually wins and Raven kills Suranne in cold blood.

In anger, Song destroys the potion needed for the ritual and there is a physical stand off between the sisters. Just as it seems Song is about to be overpowered, Louis wakes up and distracts Raven. Raven disembowels Louis, which gives Song the chance to stab Raven through the heart and kill her. Song tries to save Louis, but he succumbs to his injuries and dies.

Song looks around at the carnage to realise she now truly is alone.

Alternative (Rough Draft)
feature
By Cyle Brooks
After getting fed up with evil winning in the end of horror movies, a man decides to take matters into his own hands.